The late Edwin Way Teale, a noted American naturalist, photographer and Pulitzer Prize-winning writer, once stated, «The world’s favorite season is the spring. All things seem possible in May.»

While his statement is fairly subjective—there are those who prefer summer, winter or fall—it’s hard to argue with his credentials. A tireless student of the North American landscape, his works are considered to be primary source material documenting the environmental conditions across North America from 1930 to 1980.  His most notable works, a series titled The American Seasons, consist of four books that chronicle over 75,000 miles of automobile travel across North America following the changing seasons. 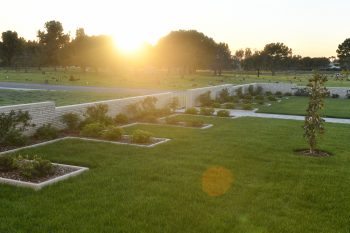 Even if you have a favorite season other than May, he does make a great point: things do seem possible in May. After winter’s slumber, trees, plants and flowers strut their stuff anew.  We can plant new gardens. Our Dodgers and Angels get a new crack at winning a World Series.

Yet, for those who have just lost a loved one, the month may not leave us with such great hope. While things may be blooming and growing all around us, on the inside, we’re still stuck in sadness, hurt and pain.

If we are in that stage of grief where things appear that they will never get better, let the month of May, and all its freshness and rebirth give us hope that things can and will get better.