Home » Reflections » The Fair’s in August

For those who grew up in the Midwest, whenever you said “It’s not fair!” the response from our parents often was, “The only fair’s in August.” It wasn’t what we wanted to hear, yet deep down we knew it was not only a funny response, but a true one. Life indeed is not always fair.

As I was writing these words, my Iphone beeped with a message from my wife who is currently walking the Camino de Santiago in Spain.  “The Camino,” or the Way of St. James, is a pilgrimage with its roots in the 9th century, when a shepherd named Pelayo found remains of a body at a place in a field that he was led to by the stars of the Milky Way. The local bishop declared the remains those of The Apostle St. James The Greater and with that the Camino de Santiago was born. Today, thousands of people make the trek which stretches more than 300 miles culminating in the city of Santiago de Compostela.

My wife has been blogging her journey and telling tales of the wonderful people she’s met, the amazing food and hospitality she’s enjoyed, and the profound experiences of her journey. 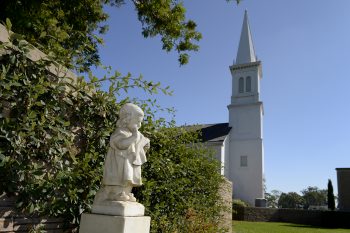 But this blog was very different. She wrote:

“A few days ago, a devastating change occurred for a family cycling the Camino together, on the same portion that I and many of the people I’ve grown to care for were on just hours before. We all talked about it two days ago, and now, in the quiet of my own room, the reality that we probably waved to this family and yelled ‘Buen Camino’ as they passed by is sobering.

We just learned that in the early morning in León, a driver fled after he ran over three cyclists, causing the death of the two adults, while the twelve-year-old son was seriously injured and was transported by ambulance. The driver was unharmed and detained in Mansilla de las Mulas, some fifteen kilometers from the scene. He was arrested for being five times over the legal limit of alcohol. The mayor of Santa Cristina de Valmadrigal, explained that the family was run over on a stretch of the Camino that was straight and with good visibility.

Devastating. Horrible. Unfair.” Those were her closing words on the blog.

How could this be? This family was on a journey of personal renewal and bonding when tragedy struck.  It wasn’t fair. And so it is with us. When we lose a cherished loved one, we often ask, “Why me?  This isn’t fair!” Certainly there are people in this world who create havoc and do evil things, and yet they live.  Why me? Why my loved one?

It isn’t fair. Yet, this is where we lean on friends, faith and community to help us through these difficult moments. The fair may be in August, but the opportunity to reach out and be a source of comfort to someone in mourning is a year round opportunity.

May that be all of our Camino’s.