April is a month known for many different things. It kicks off with April Fool’s Day, launching pranks from coast to coast. It’s the traditional start of the baseball season, the time where we celebrate Earth Day, and many times when Easter and Ramadan are observed. April has been celebrated in songs and movies, too. And who isn’t familiar with the famous, “April showers bring May flowers” rhyme?

Speaking of rhymes, since 1996 April has been known as National Poetry Month, a celebration which was organized by the Academy of American Poets as a way to increase awareness and appreciation of poetry in the United States. Way before it was a holiday, Forest Lawn has paid homage to poets through its art and architecture.

The Church of the Recessional in Glendale is a memorial to the sentiments expressed  by Rudyard Kipling in his challenging poem, “Recessional.” Over at Forest Lawn-Hollywood Hills, The Church of the Hills was designed from the First Parish Meeting House in Portland, Maine, where poet Henry Wadsworth Longfellow worshipped as a youth.

Perhaps the most significant of all the tributes may be found in the Great Mausoleum in Glendale. It is there, along the south wall of Poets’ Corridor, where one may admire the acclaimed Poets’ Windows. During the day, sunlight paints in glowing color a row of thirteen small stained glass windows depicting prose near and dear to many. These are poems that were cherished by prior generations and feature comforting words of love, happiness, and prayer. Renowned poets such as Eugene Field, Alfred Tennyson, Longfellow, Hood, and Whittier are immortalized in brilliant hues of color. 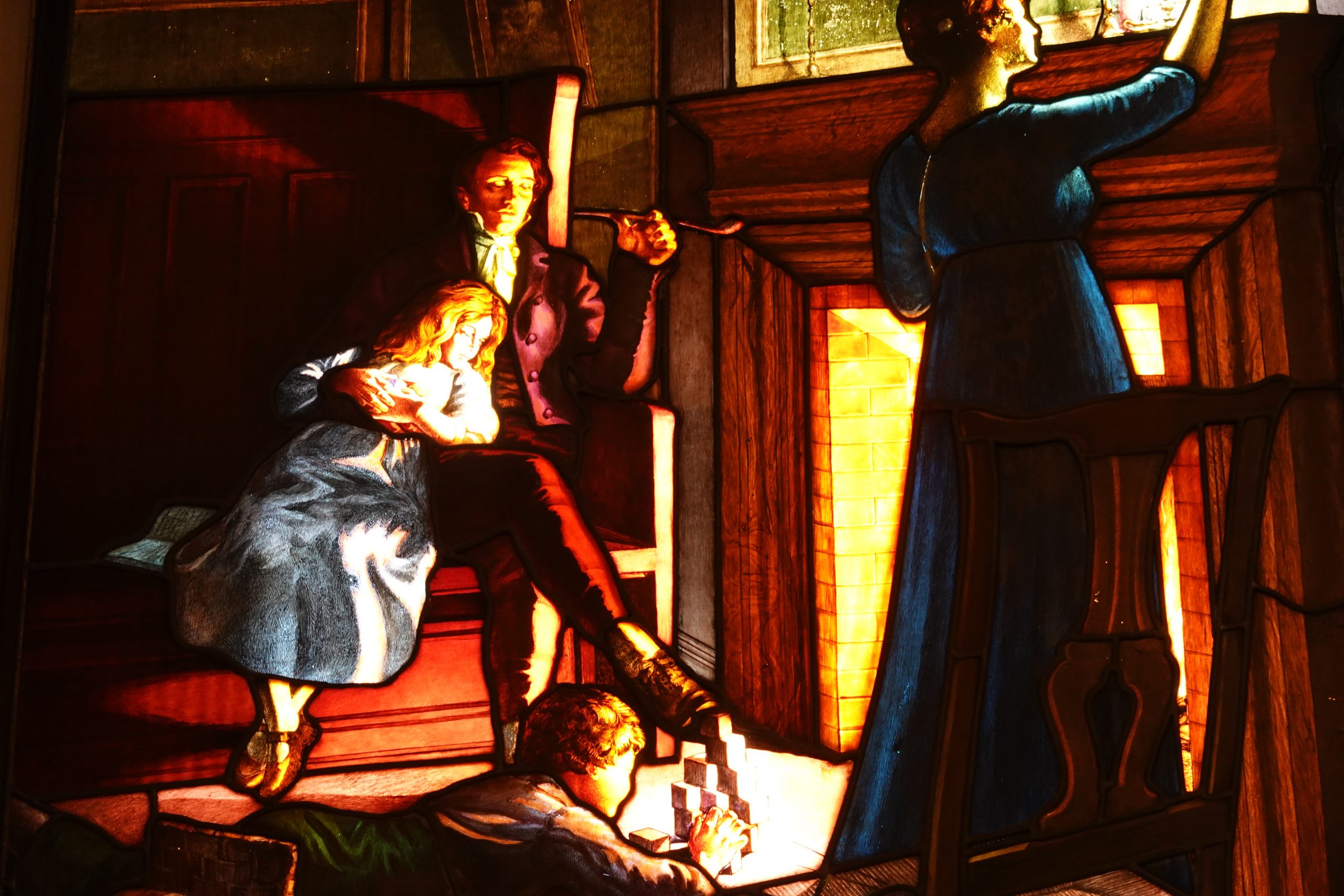 Perhaps the next great poet will have been someone who visited this shrine and found inspiration in its thoughtful beauty. We encourage you, when conditions permit, to witness these windows in their colorful glory.