It was called «the war to end all wars.» World War I, which began in 1914 after the assassination of Archduke Franz Ferdinand, lasted until 1918. Because of new military technologies, World War I saw unprecedented levels of carnage and destruction. By the time the war was over more than 16 million people—soldiers and civilians alike—were dead.

Perhaps because of the unusual enormity of the conflict, Pope Benedict XV called for a temporary cease-fire in 1914 to celebrate Christmas. His pleas were ignored by both the Allied and Axis leadership, but in the trenches where common, everyday soldiers were lined up in the bitter cold, something unusual occurred.

Around Christmas Day 1914, the sounds of rifles and exploding shells faded in many of places along the front lines. In their place could be heard the sounds of Christmas carols, coming from both sides.  Some places even reported hearing brass bands joining their enemies in joyful singing.

When Christmas day arrived, soldiers emerged from their posts and met in the middle calling out «Merry Christmas» in their enemies’ native language. Many of them exchanged gifts of cigarettes and plum pudding. Some say that a friendly game of soccer was played.

The short lived Christmas Truce of 1914 was never repeated during the war. In fact all future attempts at holiday ceasefires were quelled by warnings of strict disciplinary action. Yet this pause, however short, was proof that underneath the brutal clash of weapons, spirit of humanity endured.

This should give us all some hope this holiday season. 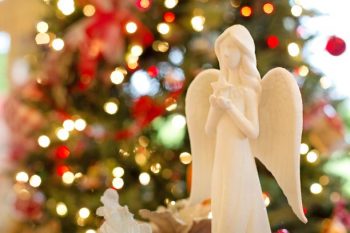