As we all know, Southern California is a region with semi-arid and even desert-like climate. Having just endured an eight-year-long drought was a sober reminder of where we live.

The fact that a metropolitan area the size of Los Angeles exists in a climate like this is somewhat of a miracle. The need for water to sustain more than 14 million people is greater than what is available here in the southland.

Los Angeles and the surrounding area might not have grown to what it is today without the work of someone whom PBS described as “a man obsessed with an engineering challenge of epic proportions.”

Born in Belfast, Ireland, in 1855 into a family of modest means, he came to New York City in the early 1870s. In 1878, he moved to Los Angeles and began working as a ditch-cleaner for the city’s private water company. Eight years later, this self-educated engineer became the water company superintendent.  Finally, when Los Angeles took over water system and formed the Department of Water and Power, he headed up the agency. 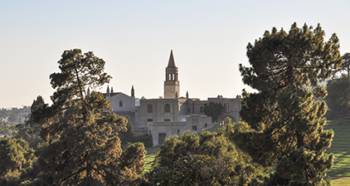 In that role, he was responsible for building the infrastructure that would provide a reliable water supply and eventually allow Los Angeles to grow into one of the largest cities in the world. The backbone of that infrastructure was a 233-mile aqueduct that brought water from the Owens Valley to LA. Completed in 1913, it was a mammoth engineering feat, but one that was not without controversy.  The creation and operation of the aqueduct led to a series of disputes known as the California Water Wars between Owens Valley residents and Los Angeles.  Then, to worsen the situation, tragedy struck: on March 12, 1928, the St. Francis Dam, located near present day Santa Clarita, failed just over 12 hours after he and his assistant gave it a safety inspection. It would mark the end of his long and impactful career.

The man was LA Aqueduct architect William Mulholland. There is no question that his work set the table for the growth of Southern California. He passed away 73 years ago on July 22, 1935. Mullholland is  interred in the Great Mausoleum at Forest Lawn in Glendale.