2018 ended on a sad note for our family as we said goodbye to our beloved matriarch Connie.  She was an amazing mother, grandmother, mother-in-law and friend to so many.

Her entire life was an example of love and service to others. A single mother, she raised four children while often working three jobs. Yet, she always found the time and a way to help her elderly neighbors roll their hair on Saturday night so they would be styling on Sunday morning at church.  She cleaned houses for those who were physically unable to do so. She often said that the reason McDonald’s offered two Egg McMuffins for $2 was because she could only eat one and she could give the other to the homeless man on the corner not far from the restaurant.

When she saw someone had a need, she did whatever she could to help. Her life was one of putting others first. We saw this first hand for years, and then one last time after she passed. You see, years earlier Connie had made her funeral and cemetery arrangements in advance with Forest Lawn. She picked out her memorial property with her dearest friend—a wall crypt located at Hollywood Hills not far from the final resting place of Liberace.

Connie also took care of her funeral, selecting her casket and flowers ahead of time. She knew she didn’t want to leave these decisions to her children, and she was able to make her choices with clarity of mind, without emotional overspending, and exactly the way she wanted.

Her actions allowed us to spend our time focusing on creating a memorial service that truly celebrated her life–which we did— rather than having to make arrangements while dealing with our grief.

It was her final gift to her family. 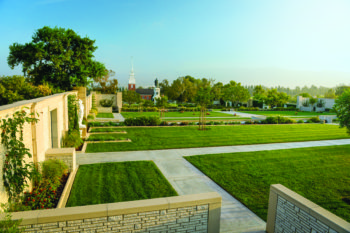