Well, what if there is no tomorrow? There wasn’t one today. – Phil Connors, Groundhog Day

That line from the 1993 romantic comedy Groundhog Day starring Bill Murray as TV weather reporter Phil Connors sums up what he was going through—and what many who are grieving often feel.  If you’re not familiar with the movie, it is a playful yet poignant treatment of the longstanding Groundhog Day holiday that has been celebrated at Punxsutawney, Pennsylvania since the late 1800s. It centers a semi-mythical groundhog named  Punxsutawney Phil, who upon popping out of his burrow on February 2 either sees his shadow, meaning winter will last for six more weeks, or doesn’t see his shadow, in which case spring will arrive early.

In the movie, Murray is covering the annual Groundhog Day event, but gets caught in a time loop, repeatedly reliving the same day.  He wakes up each morning to the same song “I Got You Babe” and the same announcements on the radio. At first, he thinks it is all a dream, but then he realizes after meeting the same people, eating the same meals, driving the same routes and seeing the same things, he is trapped in a time loop.  Then, realizing he faces no consequences for his actions, he indulges in poor eating habits, binge drinking, one-night stands and reckless driving. He becomes depressed and commits suicide several times, but is unable to get out of the loop.

Phil finally tries to break his routine to put an end to this cycle by trying new things such as playing an instrument, speaking a new language and, above all, helping and loving others. It is then, when his focus moves from himself and his situation to others, that the time loop is finally broken.

Sometimes when we are grieving, it feels like we are in our own personal Groundhog Day. We go to bed and wake up with the same things facing us as we faced the day before.  Our routines and feelings feel the same, day in and day out. We often feel stuck and in a hopeless place in life. Like Phil finally realized, it is helpful to look beyond our own situations and make an effort reach out to others. By doing so, we may gain fresh perspective and a new start on our way towards breaking our own Groundhog Day cycle. 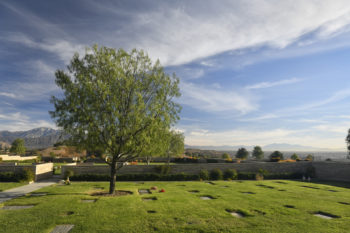