This coming Sunday will be one of the busiest days of the year for restaurants, flower shops and candy stores.  When the day is done, Americans will have spent over 21 billion dollars to celebrate Mother’s Day.

The fact that we even celebrate Mother’s Day can be traced back to a woman named Anna Jarvis.  Born in West Virginia, on May 1, 1864, she was the ninth of Ann Marie and Granville Jarvis’ eleven children. 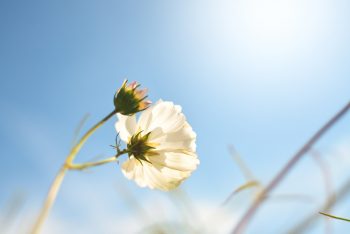 As a child, she watched her mother actively engaged in her community, championing the cause to make living conditions better by fighting against infant mortality through improving sanitary practices. Along with seeing her mother’s civic example,  she never forgot a prayer her mother said after teaching a class on “Mothers of the Bible: “I hope that someone, sometime will found a memorial mother’s day commemorating her for the matchless service she renders to humanity in every field of life. She is entitled to it.”

By 1907, Anna was leading a movement to create a national Mother’s Day. The idea quickly caught on.  The first Mother’s Day observation was held in early May 1908, and by 1914, the holiday was officially proclaimed by President Woodrow Wilson to take place on the second Sunday in May.

As the holiday grew in popularity, Anna felt it became increasingly too commercial and was failing to truly recognize the dignity of motherhood.  This discouraged her to the point that she actually questioned whether she should have fought so hard to make it a holiday or not.

Well, despite Anna’s later reservations, we’re thankful that there is a holiday to honor our mothers. Yes, we’ll shower our moms with cards, candy, gifts and dinners. But we’ll also show her our respect, admiration and love, for which we are all eternally grateful for—just as Anna Jarvis intended.