Labor Day weekend is approaching, marking the traditional end of summer and the beginning of a new school year for millions of students. Perhaps you are one of those who either attended or know someone who is attending one of the schools in the California State University (CSU) system.  If so you can thank this man for his vision and action to create this remarkable educational institution.

After graduating from Occidental College  with an M.A., he continued studying at UCLA where he earned a Ph.D. in history. His first academic job was teaching Western American and Hispanic history at Occidental College, where he rose to the position of Dean of Faculty. In 1957 he accepted the position of president at San Francisco State College. Soon afterwards, he was invited to join the committee to create the California Master Plan for Higher Education which would offer bachelor’s and master’s degrees through what would become the CSU system.

His name is Glenn S. Dumke, born May 5, 1917. He passed away June 29, 1989 and was interred at Memorial Court of Honor in Glendale. His epitaph, signed by former President Ronald Reagan concludes with, “a kindly man of unquestioned integrity, he bettered the society in which he lived.”

A fitting tribute to a life well lived. 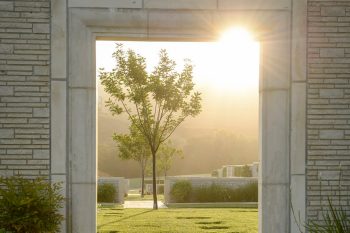