During World War II, a group of approximately 400 to 500 people were part of an elite group in the United States Marine Corps who provided a vital communication portal for the Allied forces. They were a group of Native Americans who became known as the “Code Talkers” who would communicate in their native languages to convey messages. The “Code Talkers” used military phones or radios with developed codes based upon the languages of the Comanches, Hopies, Meskwakis, and Navajos. 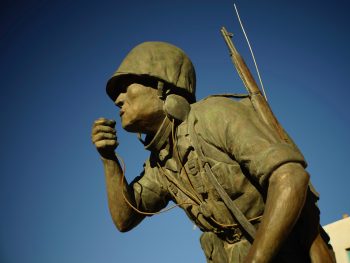 Their efforts improved the speed and accuracy of communications in the front line operations of the war and proved to be vital in victory.

Two of the last of the “Code Talkers” died recently. One was Fleming Begaye Sr., who fought in the Pacific and survived the devastating Battle of Tarawa. Begaye was one of three “Code Talkers” honored at the White House in 2017 for their service.

The other was Levi Oakes, the last surviving member of the “Code Talkers” from the Mohawk tribe in Northern New York. Oakes served in the Pacific during the war and was awarded a silver medal and silver star for his heroism. He was one of 17 Akwesasne Mohawks to receive the Congressional Silver Medal for his military contributions as a Native American “Code Talker.”

Our nation is eternally grateful for the service of these brave Native Americans who played a vital role in the defeat of the forces of evil in World War II.