The Oxford Dictionary defines a premonition as a strong feeling that something is about to happen, especially something unpleasant.  Sometimes we get a “gut feeling” or an “intuition” about someone or something and that feeling turns out to be true. 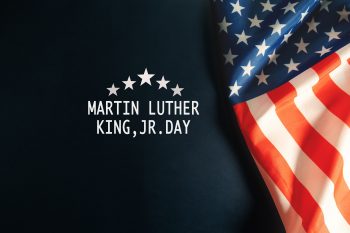 52 years ago in Memphis, Tennessee, a group of people gathered at the Mason Temple Church of God in Christ to hear a speaker address the situation revolving around a citywide sanitation strike.  Unfortunately, the speaker was not feeling well, having been on the road for a long time, his body run down, and was now bearing a sore throat and fever.

He asked close friend Ralph Abernathy to take his place for the rally while he rested up at his hotel.  As Abernathy took the stage there was a sense of great disappointment among the crowd, which came by the hundreds to hear the main speaker. Abernathy phoned  the speaker and told him that the people desperately wanted to hear from him. So despite illness¸ the 39 year old left the comfort of his hotel room and made his way to Mason Temple.

The crowd roared in approval as he was introduced. At the podium, the speaker called for unity, economic action, boycotts, and protests of a non-violent nature.

“Like anybody” the speaker told audience, “I would like to live a long life—longevity has its place. But I’m not concerned about that now. I just want to do God’s will. And so I’m happy tonight; I’m not worried about anything; I’m not fearing any man. Mine eyes have seen the glory of the coming of the Lord.”

As he took his seat, those on the stage next to him noticed tears in his eyes.  , James Jordan, who was seated next to him, would later recall, “This time it just seemed like he was just saying, ‘Goodbye, I hate to leave.”

The next day while standing on the balcony of his hotel room, the speaker, Dr. Martin Luther King Jr. was  assassinated by James Earl Ray. A man who preached and practiced nonviolence was cut down in the prime of his life by an act of senseless violence.

Was it a premonition? No one will ever really know. But more than a half century later, our nation honors the life, ideals and vision of this great American. As we celebrate MLK Day, let us continue Dr. King’s commitment to equality for all.