Home » Exhibits » The Hall of Crucifixion-Resurrection

The Hall of Crucifixion-Resurrection is open Tuesday-Sunday, 10 AM-4:30 PM. Hours are subject to change. See details below.

ATTENTION: The Hall of Crucifixion-Resurrection will be closed on Feb 14. It will reopen on Feb 15 at noon. We apologize for the inconvenience.

The Crucifixion-Resurrection program is currently unavailable. However, Jan Styka’s monumental painting of the Crucifixion is open for viewing.

Check back for updates regarding the audio-visual program in the coming months. We apologize for the inconvenience. Please email museum@forestlawn.com if you have any questions.

The Crucifixion painting, by Polish artist Jan Styka, was originally brought by Styka to the Louisiana Purchase Exposition in St. Louis in 1904. Because of its massive 195 foot long/45 foot high size, he was unable to display it and was forced to return to Poland without it because he could not pay the duty to take it home. Styka, whose self-portrait is seen in the painting as the figure of Saul (Paul), died in 1925 without ever seeing his painting again.

The Crucifixion was stored in several warehouses over the years until Forest Lawn Founder Dr. Hubert Eaton and his colleagues located it at the Chicago Civic Opera company in 1943. Forest Lawn purchased it after World War II and built the Hall of the Crucifixion for the express purpose of displaying Styka’s work. It opened on Good Friday in 1951. 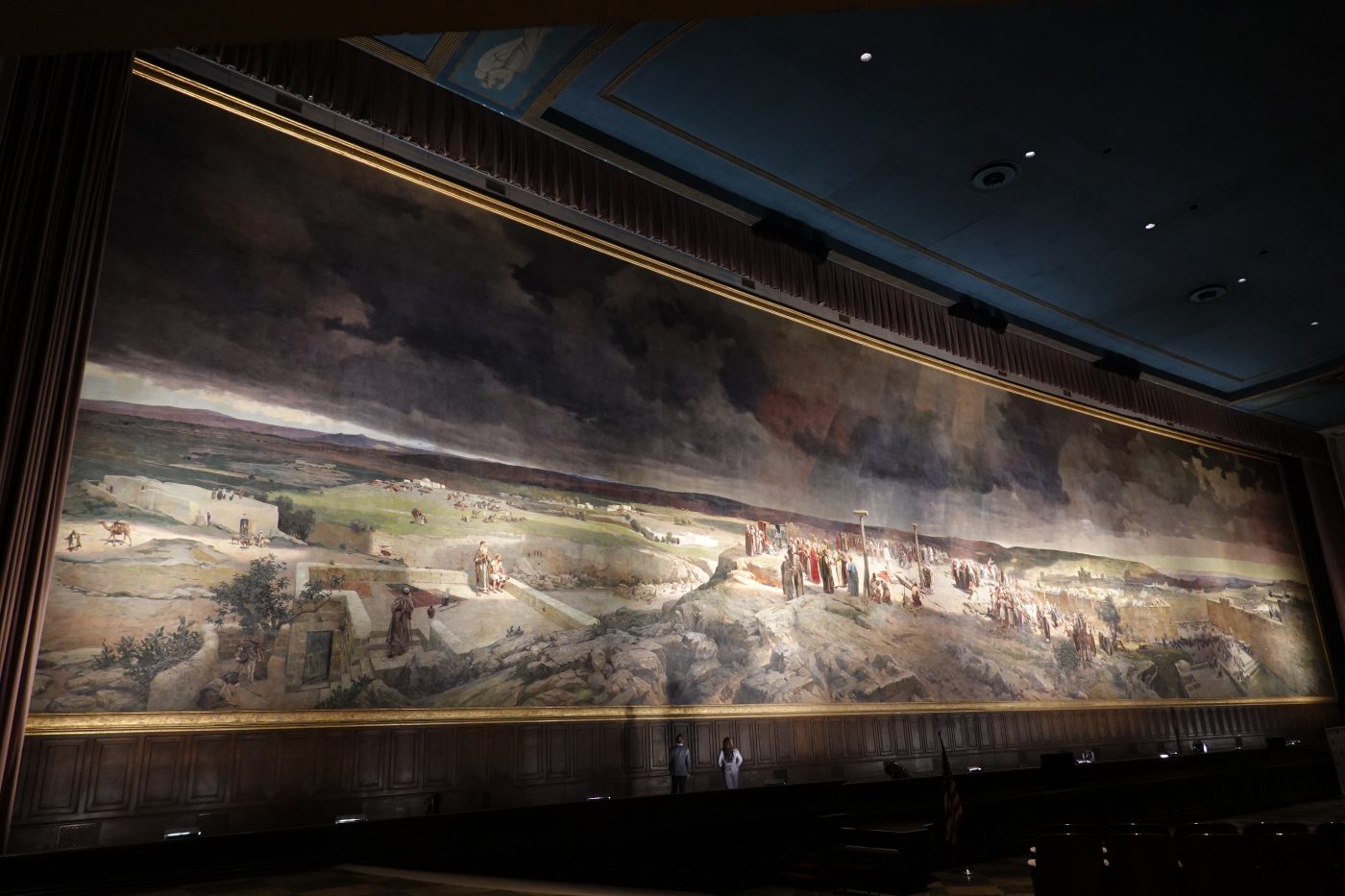 The Resurrection was commissioned after a 25-year-long search for an epic painting that would serve as a companion to the Crucifixion. A contest was held and American artist Robert Clark was selected to create the painting. Featuring Christ outside his tomb looking towards the heavens, Clark’s work was completed in 1965.