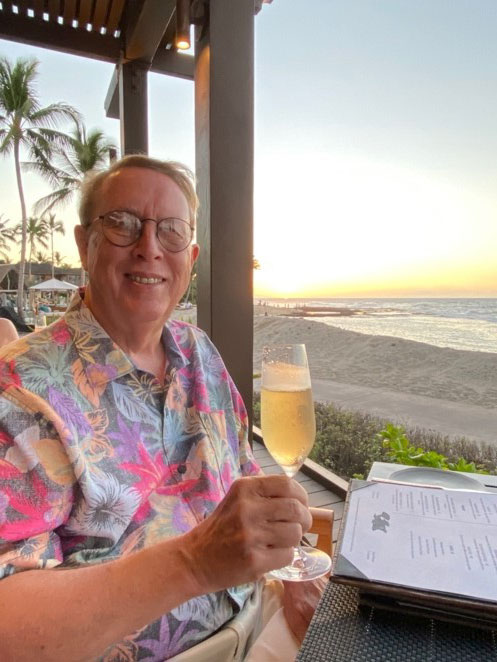 Darin B. Drabing, President and CEO commented, “It is with great sadness that we announce the passing of John Llewellyn. John brought a wealth of industry experience, passion, and great judgement to his role as Chairman of our Board. He was a wonderful supporter of our management team, great friend to many employees and active volunteer in our local communities. He will be deeply missed.”

During Mr. Llewellyn’s career, he continued and fortified the legacy of Forest Lawn’s founder, Dr. Hubert Eaton, his great uncle, as well the legacy of his father Frederick Llewellyn, whom he succeeded. Formally starting at Forest Lawn in 1972, he was known for his care and attention to Park clients and employees, alike. Deeply committed to ethical business practices and employee well-being, he supported inclusive and affordable health care for Forest Lawn employees. Additionally, he helped to shepherd the organization in the digital age, bringing many aspects of the business online and encouraging the most up-to-date technology. Under his leadership as General Manager and President, from 1988 to 2010, Forest Lawn’s management and governance was restructured and strengthened so that it could operate more efficiently and effectively.

A graduate of the University of Redlands with a major in Economics, Mr. Llewellyn received an MBA from the University of Southern California. Active in numerous industry associations, Mr. Llewellyn served as President of the American Cemetery Association (now ICCFA) and the Interment Association of California (now CMAC). He also authored three books about the funeral and cemetery industries, A Cemetery Should be Forever for industry leaders, Saying Goodbye Your Way, which aimed to demystify and guide the funeral and burial process for readers, and Birth of a Cemetery, chronicling the early years of Forest Lawn.

Among his many civic interests and passions, Mr. Llewellyn served as a hospital, university, and foundation trustee, and was on the board of directors of more than two dozen non-profit organizations including serving as chairman of the Braille Institute of America, Los Angeles Area Council-Boy Scouts of America (he was an Eagle Scout), the Employers Group, and the Los Angeles Visitors and Convention Bureau as well as serving as a director of various for-profit enterprises. His hobbies included skiing and traveling.

Darin B. Drabing, President and CEO of Forest Lawn stated, “For 49 years of his life, John has been a shining example of what is right about Forest Lawn. I couldn’t have asked for a better mentor and confidant. John has guided the organization with wisdom, care and foresight.” Mr. Llewellyn is survived by his wife Carol, daughter Sharon, Son-in-Law Dan Clark, and grandson, Oliver.

About Forest Lawn-Memorial Parks and Mortuaries
For more than a century, Forest Lawn has been an integral part of Southern California. Since its founding, Forest Lawn has committed itself to providing outstanding service and beautiful environments for family outings, remembering loved ones and commemorating holidays. Forest lawn’s locations in Los Angeles, Orange and Riverside Counties serve all faiths and cultures, and offer a wide range of celebrations and special events with competitively priced cremation and traditional funeral services throughout Southern California. Glendale – FD 656.